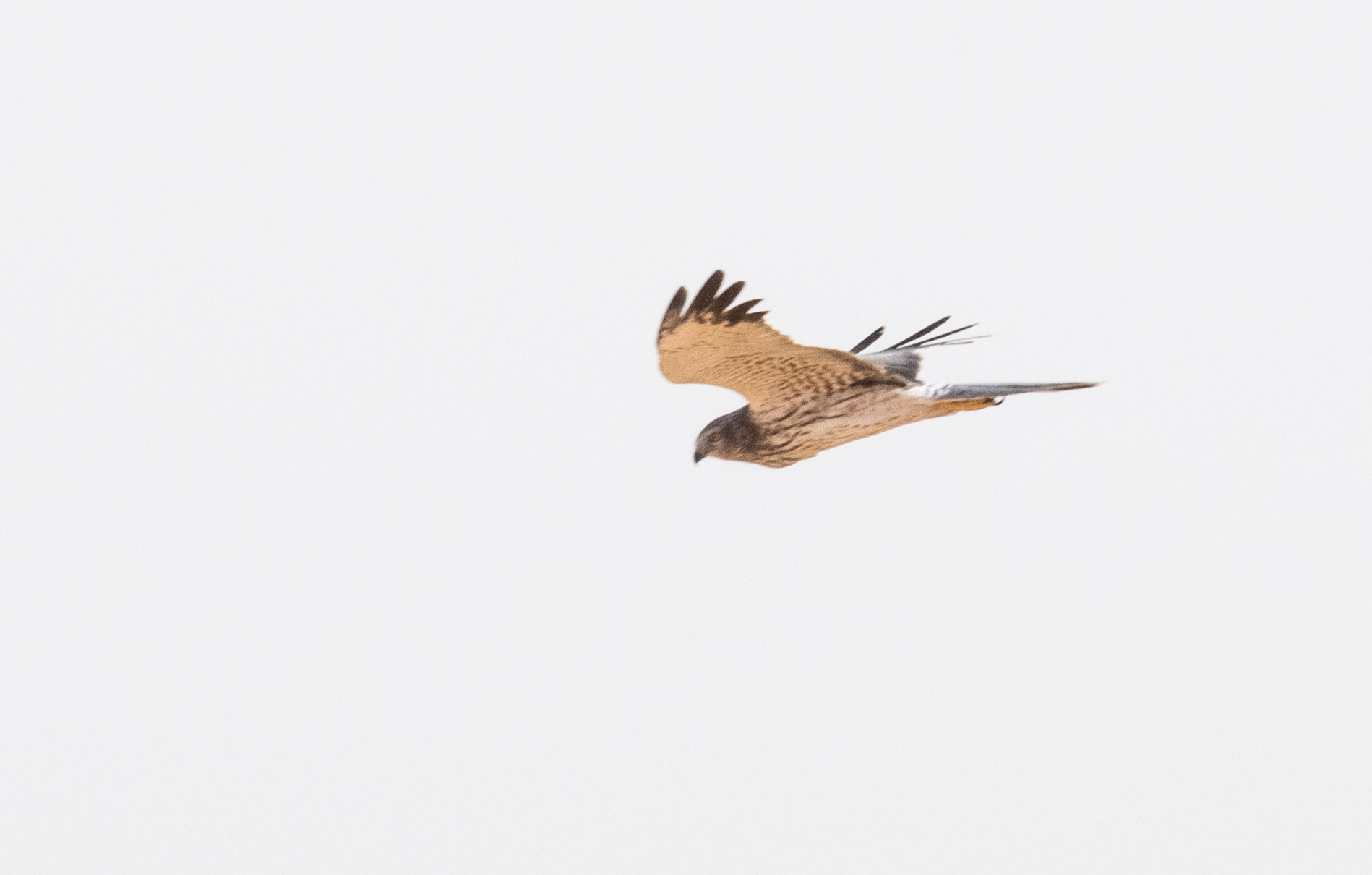 Thibaut Chansac Well...what an interesting bird! It’s not an African Marsh harrier which, simply put, never looks like this. Although on seeing the pics I immediately knew it was a hybrid, the appearance of this bird is so peculiar that it took a moment to realise what it is. Because of the underparts streaking and axillaries pattern, I was trying hard to make it a Montagu’s hybrid but the combination of primary pattern and wing formula clearly points to what is currently known as the most common harrier hybrid combination : Pallid x Hen. A first adult plumaged male with such immature markings to the underparts and underwing. What’s interesting is that it has taken the first adult plumage streaking from the Pallid side (but brought it to a whole new level in term of extensiveness) but the shape of the streaks are from the Hen side.

Simon Cavaillès What a bird! I agree with Thibaut about the parents ID: Hen x Pallid. Looks like a 2nd winter male. There are few pictures online of such 2nd autumn males hybrids, and I note that this one has a smallish Pallid-like head while they usually have a large Hen-like head, at least on available pictures. There is a rather similar bird in Forsman's last book (p269) in a less advanced plumage.
The extent of dark markings on the underwing is really important, and axillaries are heavily barred. Black wing-tip is reduced as well. It makes me wonder what a hybrid Northern Harrier x Pallid would look like... Very unlikely combination in the wild but I would expect it to look like this.

Thibaut Chansac One would be of course forgiven for pondering on the possibility of hudsonius/Northern x Pallid given the underwing and axillaries pattern ☺️. However, this (theorical) hybrid combination is highly unlikely as already pointed out. But bear also in mind that, surprisingly, some male cyaneus Hen harrier from Northern Europe may show noticeable bars to the axillaries and primary coverts, and even to the flight feathers. But I must admit I have never seen any cyaneus with such a Montagu’s like axillary pattern as the one displayed by the Senegal bird. My take is that the hybridization is also responsible for that « retarded » look.