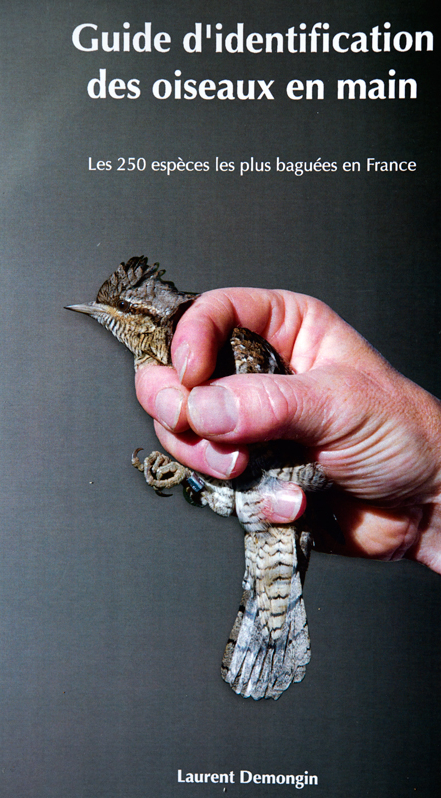 This ringing guide is a valuable tool not only for identification of birds in the hand but also for birders and photographers with a keen eye for detail. The book covers the 250 most often ringed birds in France which means that half of its contents is filled with information on non-passeriformes. Therefore, it is an essential upgrade from Kevin Baker's 'BTO Guide 24' (1993) as it gives several new features by figures, numbers and photographic thumbnails on European non-passerines. Also, the book presents additional information for various birds covered by Lars Svensson's 'Identification guide to European passerines' (1992). Thanks to a handy lay-out with many illustrations, not more than a basic knowledge of French is required to use this book. What are the 250 species? Just one swan (Mute Swan Cygnus olor) and only a handful of grey geese (no Branta geese) but, on the other hand, more than 10 ducks. There is a good coverage of grebes, herons, raptors, all rails, many if not all waders, gulls, terns, auks, pigeons and owls, some tubenoses and cormorants, species like bee-eater, nightjar, swifts, kingfisher, hoopoe, roller and all woodpeckers, including extralimital subspecies. Many accounts incorporate differences with species rarely or not occurring in France. For instance, with Black-headed Gull Chroicocephalus ridibundus comes an identification section of biometrics of Slender-billed C genei, Bonaparte's C philadelphia and Grey-headed Gulls C cirrocephalus. Likewise, the text on Common Cuckoo Cuculus canorus not only deals with the North African / Iberian subspecies C c bangsi but also has extensive information on Oriental Cuckoo C optatus (here C saturatus). In owls, for instance, one can find biometrics of three subspecies of Common Barn Owl Tyto alba (T a alba, T a guttata and T a erlangeri), while not only Eurasian Scops Owl Otus scops but also Pallid Scops Owl O brucei gets a full treatment. Obviously, vagrant passerines are not fully covered but one does not fail to find plenty of information on, eg, those pipits and Acrocephalus, Sylvia and Phylloscopus warblers that turn up annually as a vagrant somewhere in Europe. Compared to Svensson's guide, which remains invaluable, the book also presents updated information on tricky groups such as almost all (sub)species of flycatchers, long-tailed tits, willow tits, treecreepers, shrikes, redpolls and crossbills. It is recommended to have this book available at all ringing stations.

For more information about the guide, please, see http://www.guidebaguage.s... Laurent

To improve the design, the website has moved to: http://guidebaguage.wix.c...