AMSTERDAM - In the Year of Biodiversity 2010, a milestone for birdlife in the Netherlands was the total of (at least) 500 bird species that occurred in the wild in the past two centuries. Additions in 2010 were so-called vagrants, rare birds turning up from either Asia or America, such as Oriental Turtle Dove, Grey-tailed Tattler and Northern Waterthrush, and the ´promotion´ of a former subspecies, American Sandwich Tern, to species level.

The latest update of ´Dutch Birding bird names´ on the website of the Dutch Birding Association (www.dutchbirding.nl) contains all species recorded in the Western Palearctic (Europe with North Africa and the western Middle East). The Dutch, English and scientific (sub)species names follow the 'rules' set by the Dutch Birding journal and the Dutch committee for avian systematics (CSNA). A number of distinct subspecies are listed as well: forms which sometimes have been considered specifically distinct but do not count (yet). In this list, species recorded in the Netherlands are annotated by an open circle: indeed, in total more than 500. The printed version of this checklist is still available from the Dutch Birding Association: Dutch Birding bird names: list of Western Palearctic bird species 2008, by A B van den Berg, Amsterdam, ISBN 978-90-808433-4-9. In the website version, recent changes are highlighted in colours.

Before the Dutch Birding Association was founded in 1979, there were very few (if any) Dutch birders with a lifelist of more than 300 species. Now, the 'number one' of Dutch listers has seen 458 species in the Netherlands. All this is thought to be the result of more and better communications between birdwatchers through mobile phones and internet. 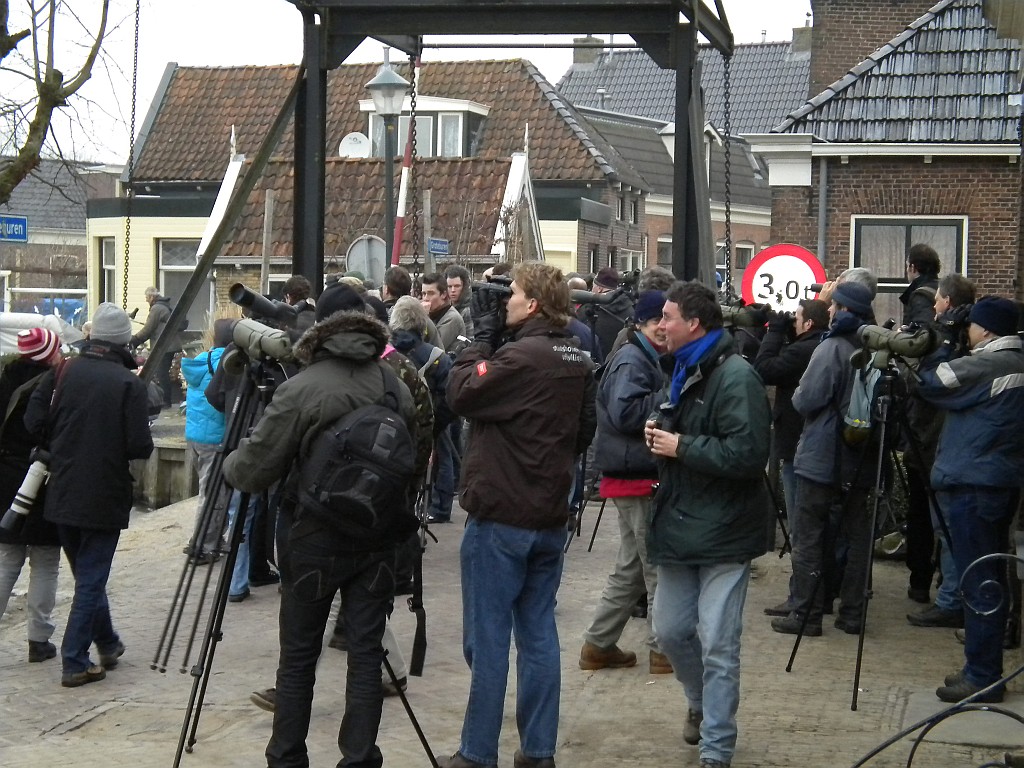 Birdwatchers in the small and pittoresque Frisian village Warga (Wergea in Frisian) in January 2010, looking for the Oriental Turtle Dove that was accepted as the country's first by the Dutch rarities committee (CDNA). (Photo: Gijsbert van der Bent)