Mark Constantine & The Sound Approach. Available via iTunes (see also http://soundapproach.co.uk for further information and samples of this iBook version). 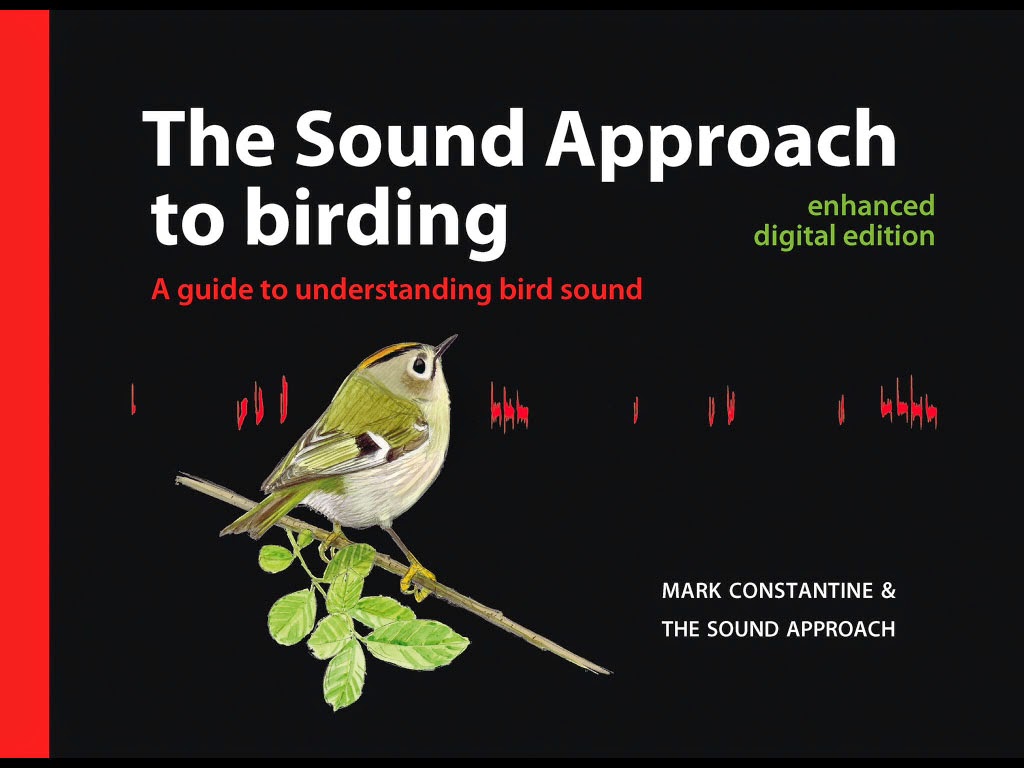 As many will already know, The Sound Approach (TSA) team has broken several barriers in the world of bird sounds. This firstly became public eight years ago with The Sound Approach to birding by Mark Constantine and his team mates Magnus Robb and Arnoud van den Berg. Since then, several other highlights have been published by TSA but with the updated version of their first book they have now made a further step: an audiovisual aid to better understanding bird sounds. And this iBook makes understanding bird sounds so much easier! You won't need the accompanying CDs anymore (although they are of course very instructive).

As not many people will realize, birds (and particularly songbirds) are most often found by their sounds, be it calls or song. On top of that, most of them are also identified merely by their sound. Think of how many of the birds in your daily life (tits, sparrows, finches, warblers, but also gulls, Common Swift, ducks, coot (!) and so on) are initially - and often only - identified by their call or song. If you'd have to stop for every bird, you would probably never arrive at your destination; not even in a crowded city centre. Identifying birds by sound is therefore one of the main worlds where so much can be discovered and won. This is mainly because people are better in remembering pictures than sounds. And this is where the iBook has broken a new barrier.

Now over to the book, or better said: the iPad. Step 1, installing the iBook, is a bit puzzling but done rather fast and simple. I can imagine, however, a guideline could be helpful for the few less informed in Apple technology. The iBook itself has a useful instruction video implemented on page 2. Starting to use the iBook, you'll prefer to flip a few pages first, but as with nearly all books: the explanatory text is actually just as important as the most desirable feature in this iBook. Even if you have read the book before, it is strongly recommended to read it again. If you prefer to scroll forward to another chapter, simply 'zoom out' with your fingers (a well-known Apple feature), and select the chapter/part you prefer.

The content of the iBook is of course well known. No parts have been re-written but the one and only feature that makes this iBook brilliant and beloved is that by clicking on a sonagram, you can simultaneously see what you hear: When the sound is played, a vertical line runs over the sonogram. The combined force with the explanatory text and real-life examples is one-of-a-kind, and if you ever plan to dive into the world of bird sounds, this is by far the best way to a good start.
So is this all? In general: yes. At first this personally was a bit disappointing. But for all (European) birders with only the slightest interest in (better understanding) bird sounds this book is indispensable. As often in science, improving steps may be small but significant; and it is only to dream what improvement is next in the world of bird sounds. This iBook is definitely recommended to any birder with an iPad! Hopefully, it will be available soon for users of other tablets.