HBW and Birdlife International Illustrated Checklist of the Birds of the World, Volume 1: Non-passerines. 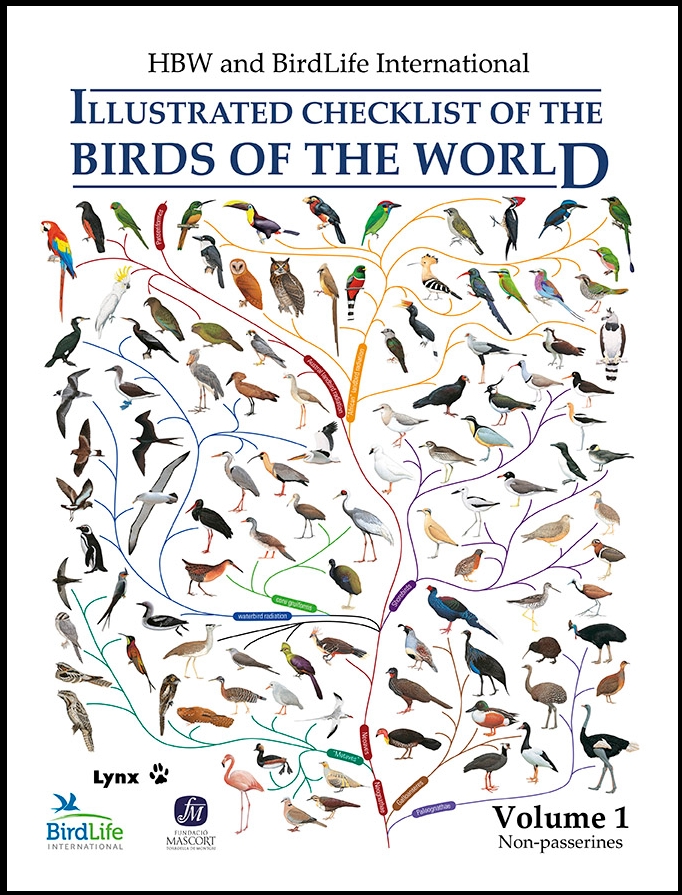 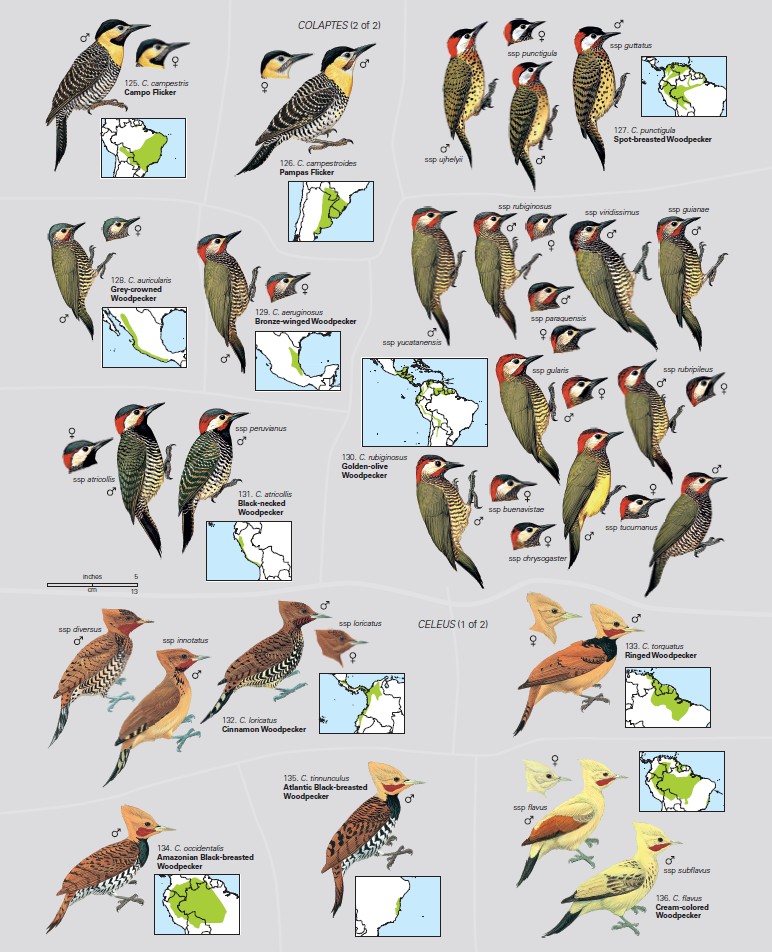 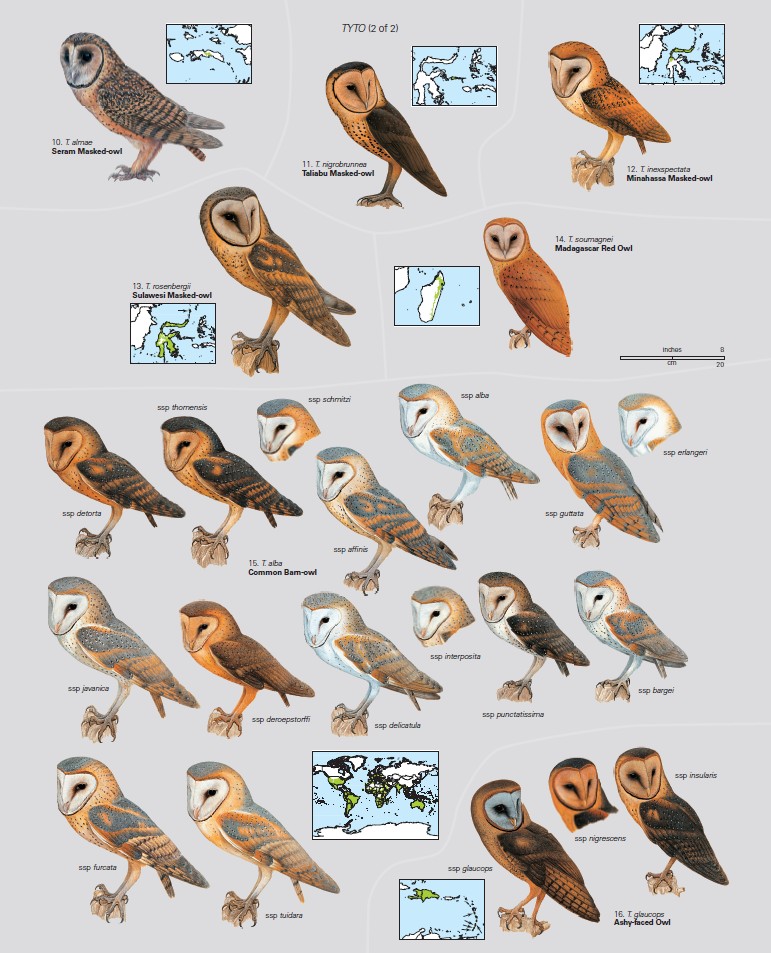 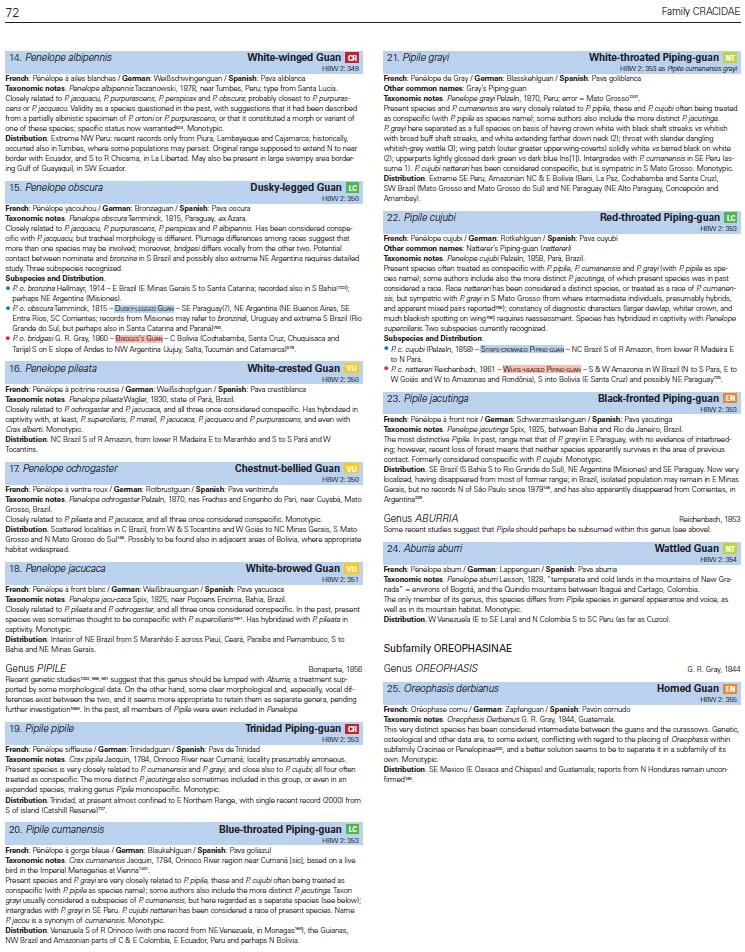 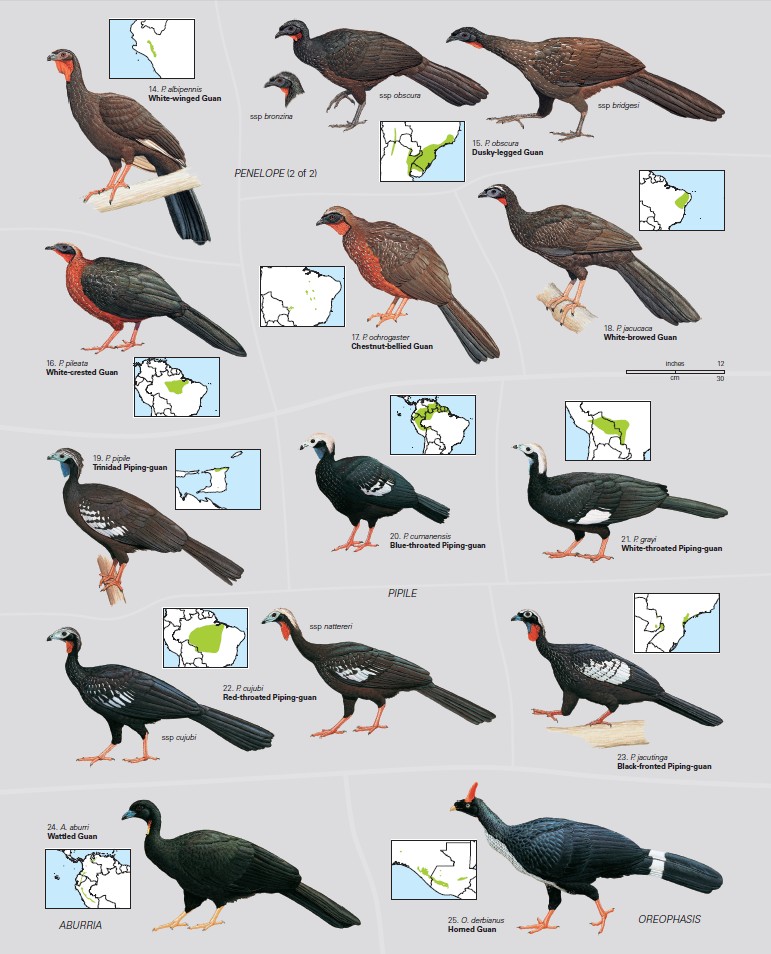 1. Tobias et al. 2010 believe that ‘too many poorly defined species’ are recognised and that this is a major problem. Unfortunately, they do not explain what a poorly 'defined' species is and why it is a problem. Tobias et al. (2010) do not provide any examples of species that have become widely accepted but are too poorly defined to qualify as species. If this has become a major problem, up to the point that ornithology needs new criteria, then where are all these species?

2. With breathtaking abandon, their approach excludes all molecular data. Their rationale: taxonomists have been unable to reach consensus about the degree of genetic divergence sufficient for species rank (as if that were the only evidence to be extracted from DNA sequence data). They consider molecular data to be a mixed blessing for the BSC, yet exactly the same can be said of any line of evidence. No line of evidence is ‘perfect’. For instance, major morphological differences may have a very simple genetic basis (e.g. bananaquit, snow geese, skuas), acoustic differences may represent dialects, and biometric data can be highly dependent on environmental factors, yet these are all uncritically accepted by Tobias et al. 2010 as relevant for species-level taxonomy.

4. Their approach ignores phylogenetic/phylogeographic analysis. Thus, various species of black oystercatchers, crows, Knipolegus tyrants, etc will almost certainly be treated as the same species even if phylogenetic analysis of DNA has already shown that they are not closely related. Case in point: American Black Oystercather (H. bachmani) is sister to American Oystercatcher (H. palliatus), yet is lumped with Blackish Oystercatcher (H. ater) because both are black and their divergence is judged to be fewer than 7 points.

5. The Tobias criteria are limited to univariate analysis of character differences (each character difference is given a score, which are then added up). This ignores the great value of multivariate analysis (used by taxonomists since the early 1970s). It is easy to see how two taxa with widely overlapping ranges in single characters may show no overlap if two or three characters are plotted on different axes.

6. Their system is supposedly based on the BSC, yet it ignores cline- and hybrid zone theory (Endler 1977, Barton & Hewitt 1985 etc) or indeed anything that happens in a hybrid zone. It pays no attention to the age of a hybrid zone, dispersal distance, generation time, assortative mating, post-mating isolating mechanisms, or introgression. Thus, they simply assign two points to hybrid zones of less than 200 km width, and one point to zones wider than 200 km. If it is discovered that two putative species show widespread interbreeding, this would be a point of concern for traditional taxonomists. Most will want to know about this zone. However, the taxonomist using the Tobias criteria is unconcerned; he would simply see this zone as further *support* for species rank because it adds another point to the score.

7. After 15 years of criticising the PSC (i.e. the diagnosability criterion), which Collar believes leads to too many species that are based on ‘trivial’ differences, his own approach does not even require diagnosability. A character difference may be assigned 2 points using the Tobias criteria, even if the ranges of variation overlap widely. For instance, the diagnostic difference in call duration and the widely overlapping difference in call frequency of Melanitta nigra and M. americana are both assigned 2 points. Thus, the 100s of species that will no doubt be split using the Tobias criteria may not even by fully diagnosable. Ironically, Collar’s own criteria are actually *less* stringent than those of the PSC (full diagnosability) and the BOU Guidelines of Helbig et al. (diagnosability or near-diagnosability in multiple unrelated characters). For instance, two taxa that differ non-diagnosably in three characters (3x2 points) and which mate randomly in a broad hybrid zone (1 point!) would be treated as species by the Tobias system based on a 7 point score but would certainly *not* be species under a PSC, BSC (sensu Mayr), or the BOU Guidelines.

8. Amazingly, even non-significant differences based on small samples may be assigned 2 points. I accidentally discovered this when I applied the Tobias criteria to the hind toe length of a pair of Seicercus warblers.

9. The Tobias approach is extremely wasteful: only three morphological characters, two acoustic, two biometric and one bahavioural character can be used (even if data are available for many more characters and lines of evidence, e.g. calls, mating patterns). Furthermore, instead of using Principal Component Analysis to obtain uncorrelated variables among a large number of variables, the Tobias system dictates that only 1 temporal and 1 frequency character can be used for acoustic data; this is based on the (false) assumption that these characters are not correlated. Clearly, if only two variables can be used, song divergence will be underestimated by the Tobias system if song divergence is based on many variables, each of which differing only slightly but together allowing complete separation.

10. The Tobias criteria are supposed to bring ‘standardisation’ and clarity to species-level taxonomy, yet this requires that taxonomists agree about how to score morphological differences: is the white area on the lores of White-faced Plover ‘distinctly different’ (2 points), ‘contrastingly different’ (3 points), or ‘radically different’ (4 points) from that of Kentish Plover? How can scientists test a claim that a difference in (say) bill colour is worth 3 points? Judging the breadth of hybrid zones can also be problematic. Should the breeding of both pure and mixed pairs of White and Pied Wagtails in Shetland be considered evidence of a hybrid zone, and if so, should this be considered a narrow zone (2 points) or a broad hybrid zone (1 point), even if only very few pairs are involved each year? Clearly, the assignment of points using the Tobias system is little more than personal opinion.

12. Their calibration of species divergence included numerous (at least 26 of 58) non-sister species! These species pairs are older and thus typically more divergent than sister species. Once again, this may inflate the minimum level of divergence required for species rank. I am amazed that this wasn't picked up during the peer-review process.

13. The 58 reference pairs used in the study by Tobias et al (2010) included only 3 non-passerines (Tauraco, Gymnobucco, Picoides which are all colourful or well-marked taxa). Vocalizations of passerines are typically discrete, whereas those of many non-passerines are graded (see chapter in Kroodsma & Miller 1982/1996). Again, this might represent a bias.

TL;DR. The Tobias-Collar point scoring system abandons (a priori) all major theoretical and technological breakthoughs in species recognition since the 1970s (molecular data, phylogenetic analysis, multivariate analysis and hybrid zone theory); it throws away precious taxonomic data that are already available; it requires subjective assessment of the divergence of morphological characters; it is actually less stringent than the PSC or the BOU Guidelines; and has been calibrated using inappropriate comparisions.

Er zijn gradaties van subjectief natuurlijk. Verder: if you split enough some of it will stick.