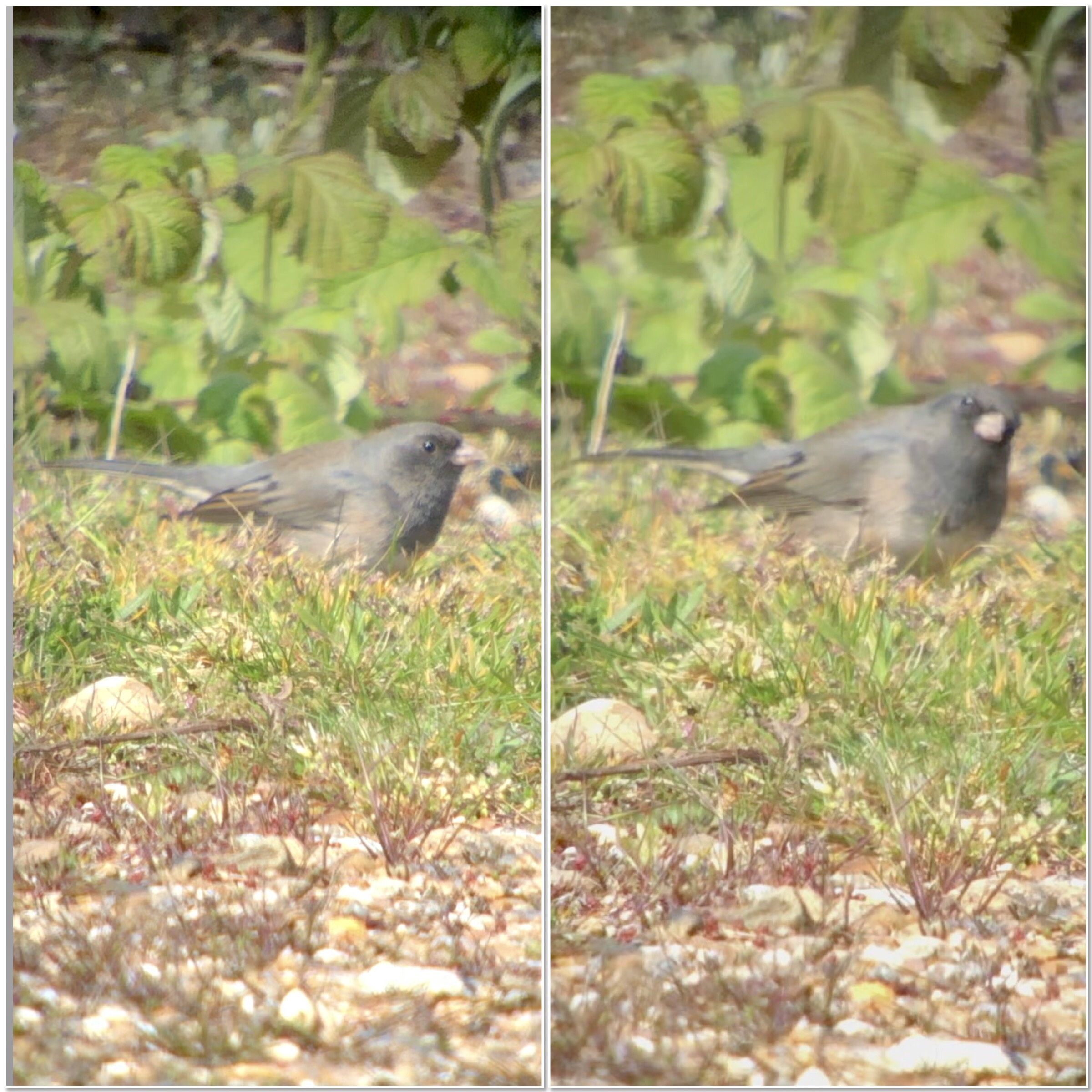 (Noah Arthur) Wow, this is not a pure example of the eastern subspecies-group (‘Slate-colored‘). It’s more similar to the western ‘Oregon‘ group, but the black on the breast-sides seems too messy (i.e. the black head doesn’t form a neatly hooded pattern). I would call this a male ‘Cassiar’ junco — the intermediate population between Slate-colored and Oregon, which breeds in the northern Rocky Mountains of north-central North America and winters in the U.S. Midwest and Southwest. Crazy record for Europe!

(Martina Nordstrand) The hood does seem awfully dark for a pure Slate-colored, my thought is that it's a Cassiar too, but definitely an intriguing individual!

(Alex Sundvall) Looks great for Cassiar Junco. Slate-colored never really get that black of heads, so that and the buffy flanks are indications of Oregon parentage. However it looks like there’s a fair bit of gray wash in the flanks, and the whole bird just looks a little off, so I think Cassiar (Oregon x Slate-colored) is the best subspecific ID.

(Forest Jarvis) Agree with Cassiar- those are rare on the East Coast of the US, so to have one show up in Europe is amazing!