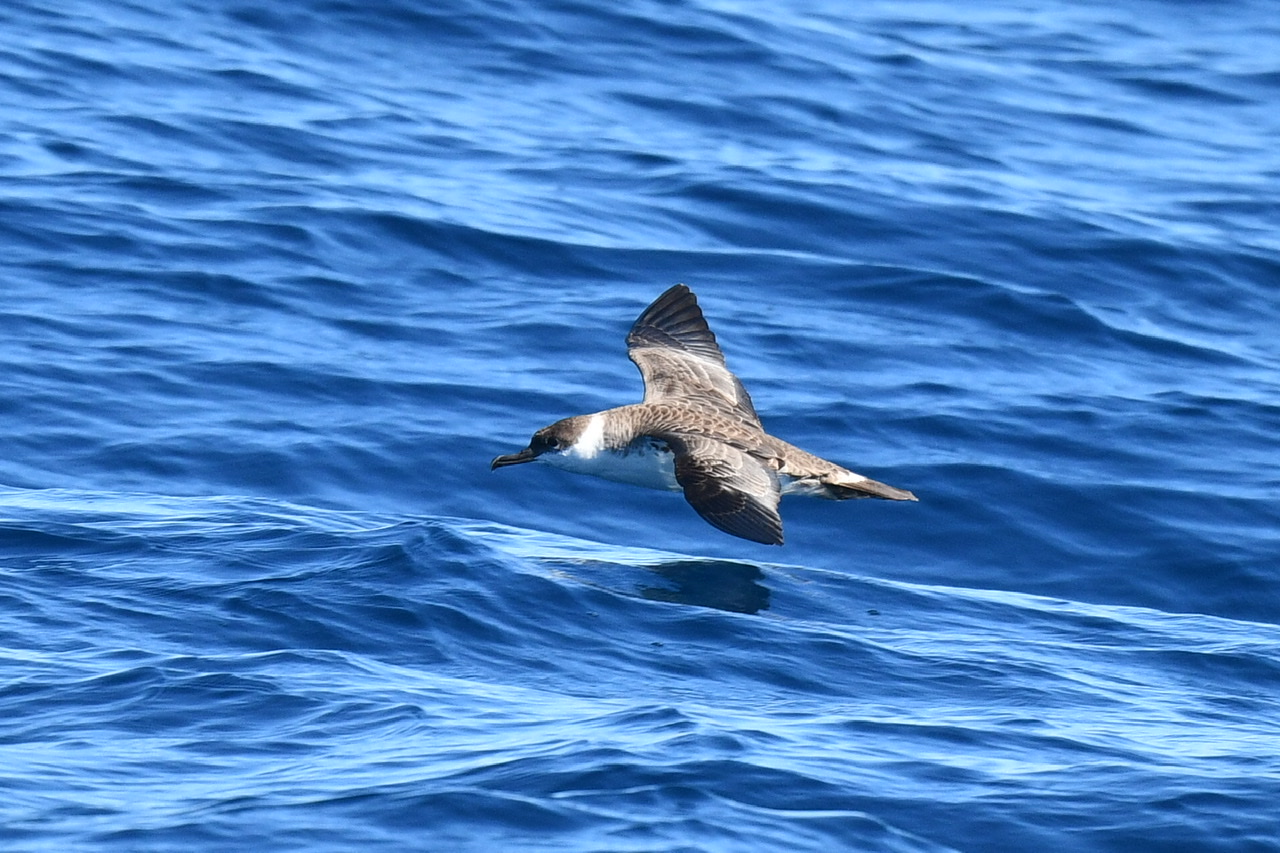 Those lucky enough to have spent the last 3 days in Estaca de Bares, Galicia, NW Spain, probably experienced some of the most exciting 48 h of birding of their lives... Me included, of course!All the countless hours we’ve spent looking at the sea in the past (in my case several thousand hours already, and some of our group many more!) paid off big time this weekend. As crazy and unbelievable as it might sound, on Saturday we saw a dark chocolate-brown, showing uniformly dark underwings with no signs of white in the primaries, relatively large - similar to a Sooty Shearwater-, and rather bulky petrel with a striking flight that we think cant be anything else but a Great-winged Petrel (Pterodroma macroptera) flying past the headland, relatively close and with excellent light.And then on Sunday morning we had a Yellow-nosed Albatross!Absolutely Bonkers!! Supporting cast included 2 Feas Petrels, Barolos Shearwater, South Polar Skua, a couple thousand skuas and jaegers, 15.000 shearwaters, 15.000 terns, several hundred Sabine’s Gulls, Wilson’s and Leachs Petrels, etc.. I will post exact numbers later today. All in all an unforgettable weekend with friends.The petrel was first found and called out by Rinse van der Vliet, who knew, as soon as he saw it, that he had something mega in front. We are perfectly aware of the rarity of this sighting - first for the WP- and that without photos, some might either not believe it or might feel it’s not safe to ID it as such. Fair enough. Rinse - who has, as well as most of us present in the headland-, a lot of experience with Atlantic and southern ocean tubenoses -including Great-winged Petrel- will of course publish a detailed note with the description of the bird, so that everyone can judge what we saw. Right after seeing the bird I already sent an email to Bob Flood explaining what we had seen and what we thought the bird was, asking him a couple of questions regarding dark morph Trindade Petrels -which we are confident it wasn’t due to a number of features-.We agree ruling out something like a Grey-faced Petrel from New Zealand is definitely impossible from land, but given where we are we feel Great-winged is the only reasonable and realistic ID. (Nobody thinks any distant Black-browed Albatross in Europe is a Campbell, right?). If the bird ultimately gets accepted as “dark petrel sp”, then that’s ok too, as those present definitely know what we saw. Interestingly, G-w P is a bird that also featured in Bob ‘s excellent Pterodroma book as a bird to watch out for in the North Atlantic. With both Yellow-nosed Albatross and White-chinned Petrel having been seen this summer in Europe, both with similar ranges to G-w P, as well as crazy records of Flesh-footed and Short-tailed Shearwaters, I guess this was the “year” to get a macroptera! I will now wait for Rinse to send the description and more details of the sighting, as ALL credit goes to him here. It’s worth noting that Rinse’s visit to Spain tend to score big as he had already found our second - ever Rosss Gull in the middle of mainland Spain several years ago!So after that petrel who would have thought we were going to see something equally big - and definitely more charismatic - just 18 hours later ??But at 10:45 on Sunday Guillermo Rodríguez shouted “albatross” , and then “vamosss” in Rafa Nadal’s style

and hell broke loose! Some chaotic moments followed and it took me a while before I finally got on the bird, after first trying to see it through Guilles scope and then Ikers!Obviously we were all expecting a Black-browed, which had already been seen 2 times in Estaca, so imagine my surprise when I saw a mostly white underwing, reminiscent of the pattern of a Corys - the bird was mostly keeping low to the water and not arching much, so at first it wasn’t easy to see the underwing- and then I started screaming “white underwing, clororrinco!!”. The dark bill was obvious too. Some more chaos and yelling as some people had still not got on the bird and it was quickly flying away to the west. They looked through others scopes, which worked fine, while others who had just left the site 5 mins before found out and ran to the lighthouse, where they also saw it. Thanks Guille for first finding it! A total of about 15 people connected with the albatross and the petrel. It’s of course difficult to describe with words our feelings after having experienced some historic moments - at least for us !- over the last 3 days in the magical place that Estaca de Bares is. Not only the rarities but the sheer numbers of “common” but still very special species. I am still in disbelief wondering if it has all been a dream! It’s also a good opportunity to thank local lifelong and very skilled seawatchers and very good friends Antonio Sandoval and Ricardo Hevia, with whom I’ve spent a lot of hours in Estaca in the last 15 years, for their patience writing down and counting everything (which can be tedious and exhausting) here in Estaca- with the help of the rest of the team - so that the rest of the world can later know exactly what we saw.