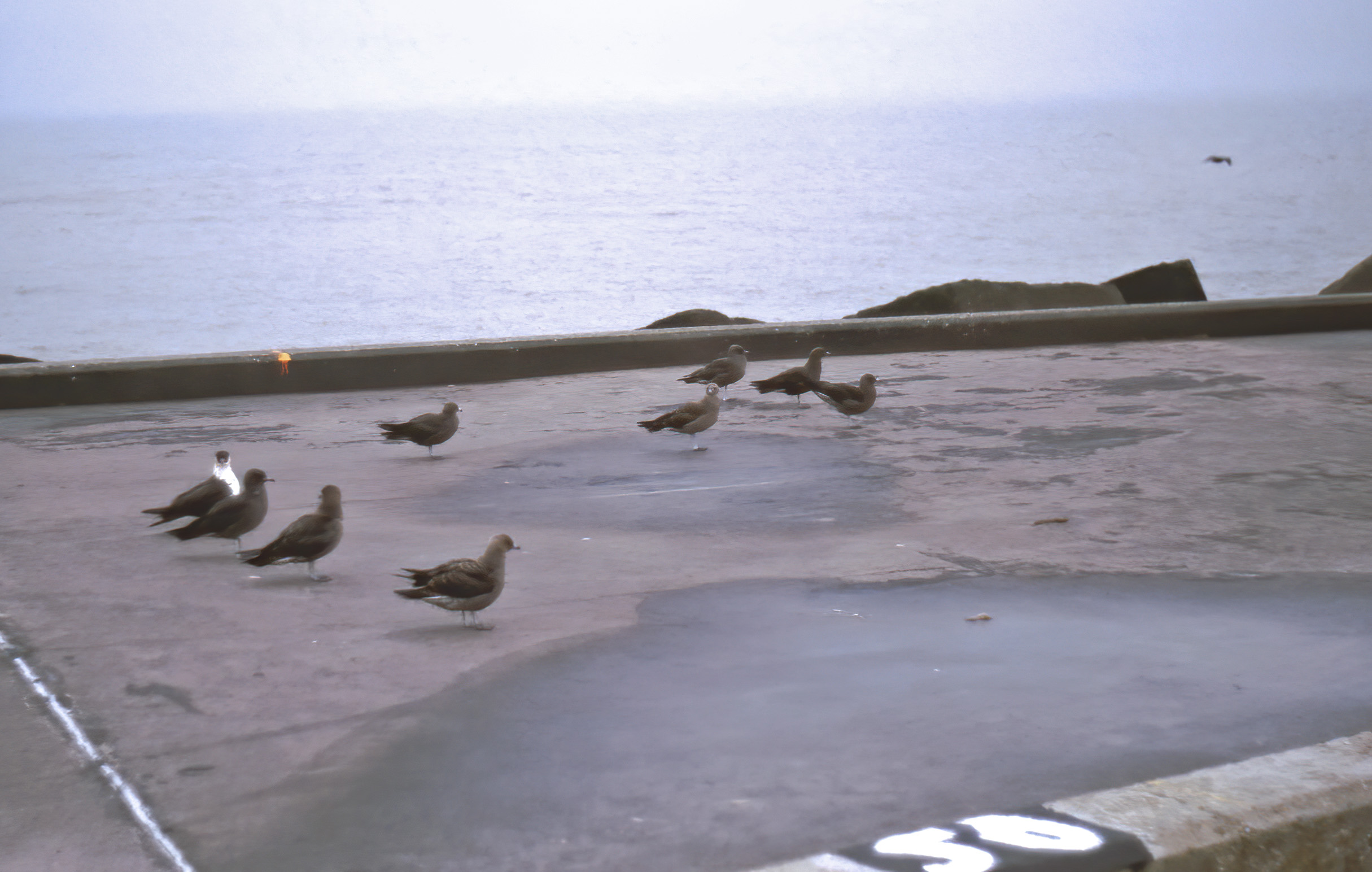 "The year 1985 was an exceptional one in the Russian Arctic, enjoying both a fine early spring and, in many parts, a warm dry summer; coupled with this, it was a lemming year and it is tempting to speculate that Pomarine Skuas, being major predators on lemmings (Cricetidae) (Dementiev et al. 1969), would have had a good breeding season." (p. 419)

"In the early part of November 1985, there was a week of severe weather following the domination of a high-pressure system over the North Atlantic. The decay of this system led to a sudden rush of cold northerly airstreams, with gales of up to force 9 from the north and NNW. At a time when large numbers of Pomarine Skuas were present in northern waters, this resulted in the considerable influx along North Sea coasts." (p. 419)

"An important cause of the influx is thought to have been a very successful and productive breeding season, owing to the fact that 1985 was a good lemming year in parts of the Siberian arctic (eg Taimyr peninsula) in combination with extremely good weather conditions during the arctic summer." (p. 66)